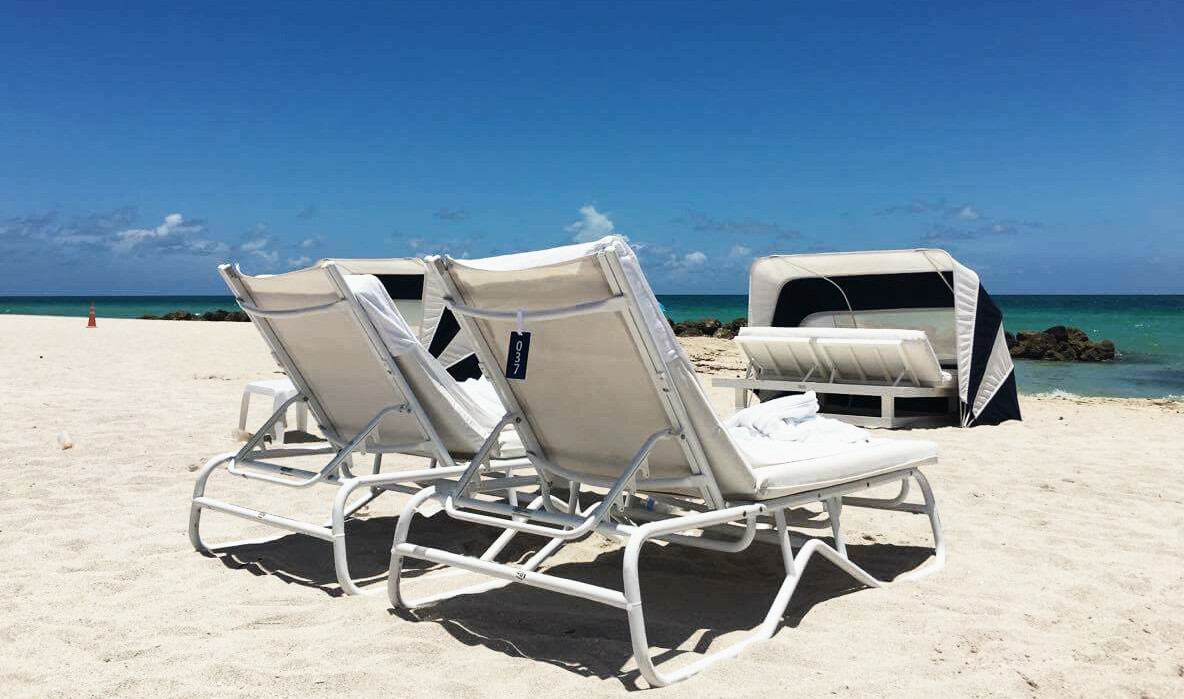 Here, you can find an article about the festival from IndieShots

Wynwood, the artistic heart of Miami. Creativity spills out of the walls filled with graffiti and washes over the streets. Sunlight and heat are relentless. People flood galleries and theaters, art is water for their souls. In this vivid atmosphere the Miami Independent Film Festival opens up his first Annual Event.

Wynwood, the beating heart of Miami, venue of the Festival.

Proudly made by Filmmakers for Filmmakers as stated by the Festival slogan, Independent to the bone. Mindie is the real nom de guerre of the Festival that collected more than 900 submissions in its first semester of activities in 2015. The first Annual Event was held in June 25-26th 2016 and awarded the winners among those who won a Monthly Edition of 2015 in the following six categories: Best Feature Film, Best Short Film, Best Feature Documentary, Best Student Film, Best Web Series and Best One Minute Film.

Six winners, four nationalities: two Romanians, two Americans, one Japanese, one French. Being the Japanese Filmmaker Tsubasa Matsumoto based in the US (he’s the winner of the Best Student Film award with his “I am in your bed”), the geographical background of the awarded works is equally divided between America and Europe, a balanced mix that well represents the cosmopolitan spirit of the Festival. Indeed, the two Festival Directors are Laura Gasperini, Miami-based Producer, and Valentina Vincenzini, Rome-based Director. A bridge over the Atlantic to connect European and American Cinema.

The screenings were praised and appreciated by the participant Filmmakers, with a particular mention to the long, in depth Q&A sessions in which the directors had the chance to enter into detail and disclose important information about their works. In addition to the screenings, fresh Workshops helped the Filmmakers to get first-hand technical tips on fundamental, pragmatical topics like Storyboarding (Seminar held by Director Alexis Sweet at the New York Film Academy, South Beach) and Production (Panel focused on how to produce a film in Florida held by Christy Andreonifrom Palm Beach County Film & TV Commission).

The acclaimed Best Feature Film was the European Independent Comedy-Drama Billion Star Hotel (Youtube trailer here) by Romanian Director Alecs Nastoiu, a detailed portrait of three more-than-half-crazy men dealing with their troubles during a mysterious, delicious journey. The poor suburbs of Romania, from the background, rise to achieve an almost leading role. With his sensibility, Nastoiu makes the audience laugh, move and wonder about the boundaries of altruism.

Eric Simonson, the versatile Director to whom we previously dedicated an article (link here), won with his Short Film “We know you have a choice” (USA): the ironic rampage against modern society of an oversensitive woman onscreen every second of the movie. The Short Film “(A)live/(En)vie” (France) gained a special mention from the jury, while the Best One Minute Film “The Girl with the Red Balloons” (France) gained a spontaneous applause from the audience. A most intense moment came when talented Director Giulio Poidomani showed his Short Film “Mai/Never” (Vimeo trailer at this link) and offered a profound vertical section from his Film. “Mai” is a history of denial: the negation in which a broken girl immerses herself after being refused by her lover. The Filmmakers who watched the movie didn’t let the Director go without a deep, unveiled Q&A session.

“Letters From Generation RX” by Kevin P. Miller was awarded Best Feature Documentary and we love it. The topic is crucial: the proliferation and abuse of antidepressants and their dangerous, underestimated collateral effects. Miller’s objective analysis touches the heart of the problem showing us human tragedies lying behind rigorous statistics. Full interview to Kevin P. Miller at this link. Notably, most of the awarded works were focused on socially relevant issues: another clue about how accurate the young Festival is.

Under this premise, we’re sure that the next edition of the Miami Independent Film Festival, taking place in 2017, will represent a consolidation of the extraordinary work that the Festival has developed this year, plus a further evolution in terms of participation from Industry professionals and producers. Well done Mindie, you deserve the sharp growth you are experiencing.

Thanks TheIndieShots
Greetings from Targu Mures, the heart of Transylvania!
Miami – Have a Nice Day! 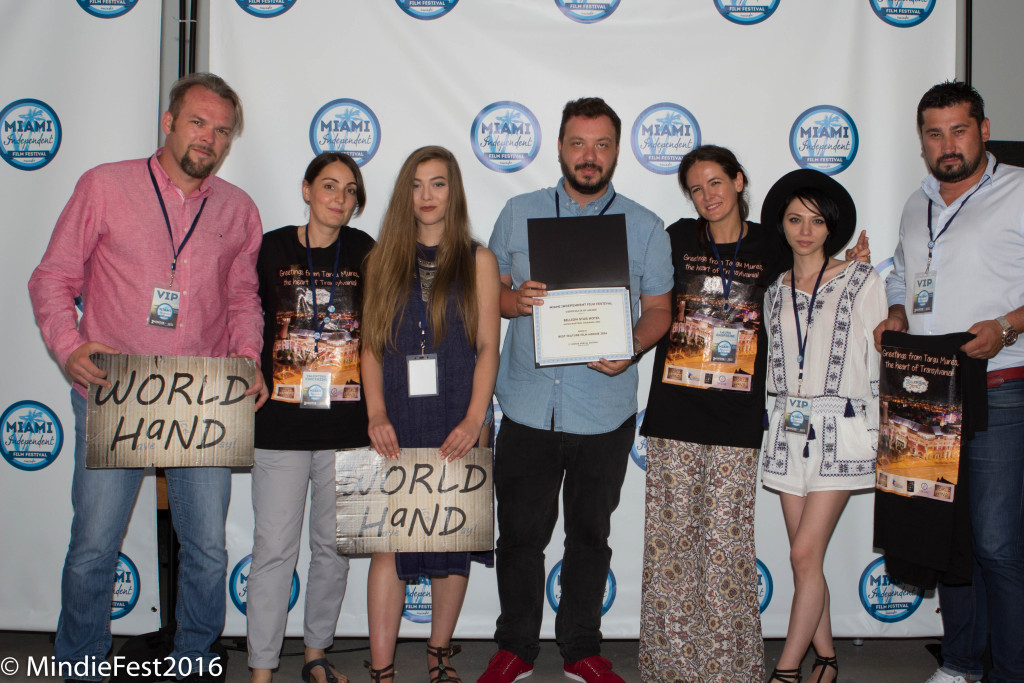 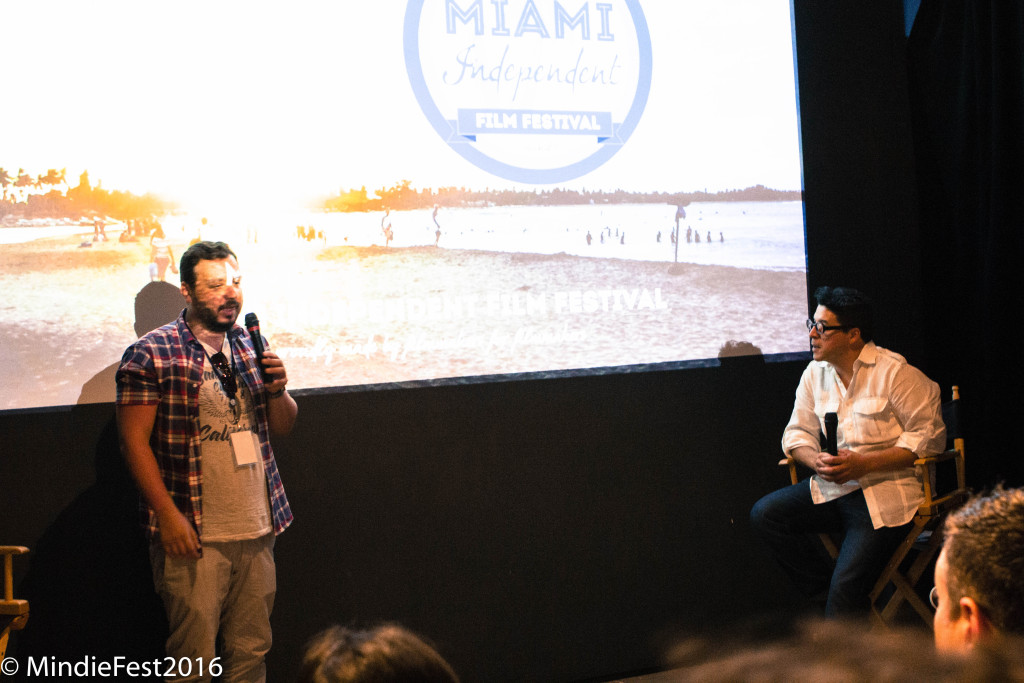 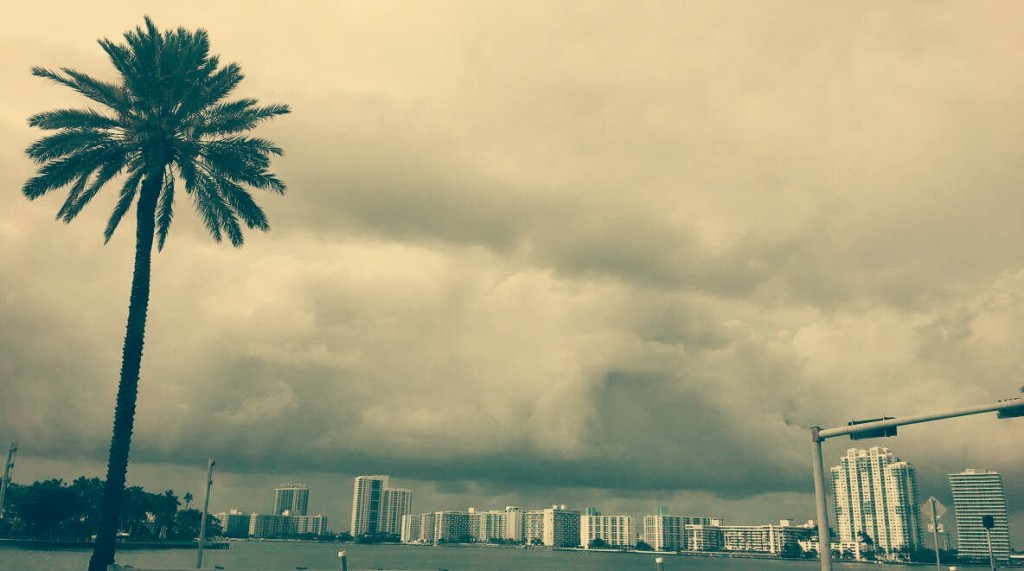 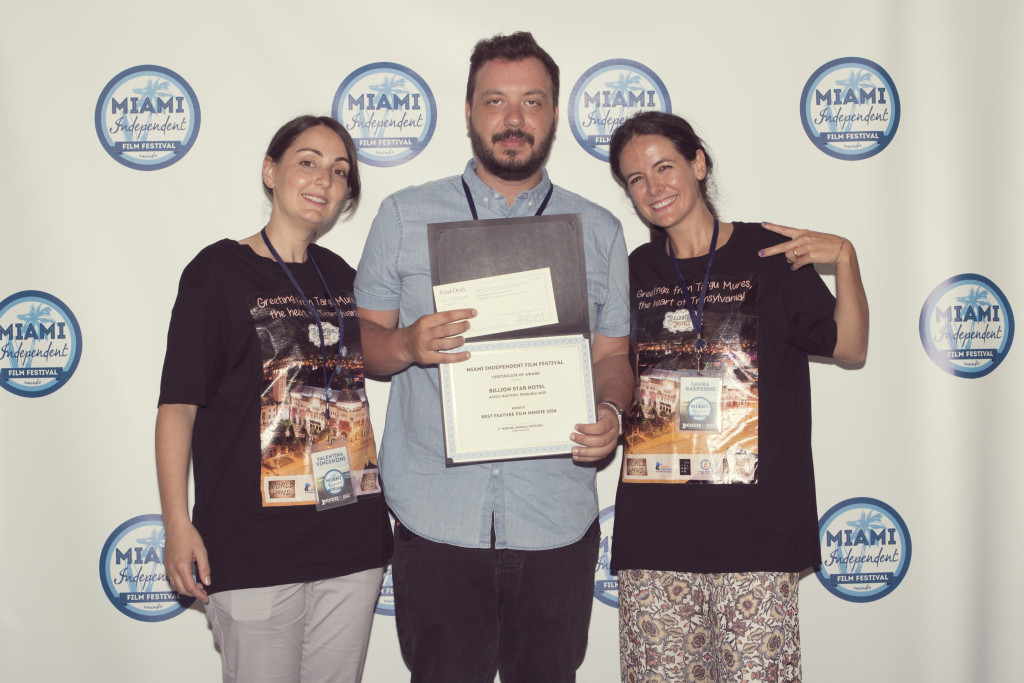 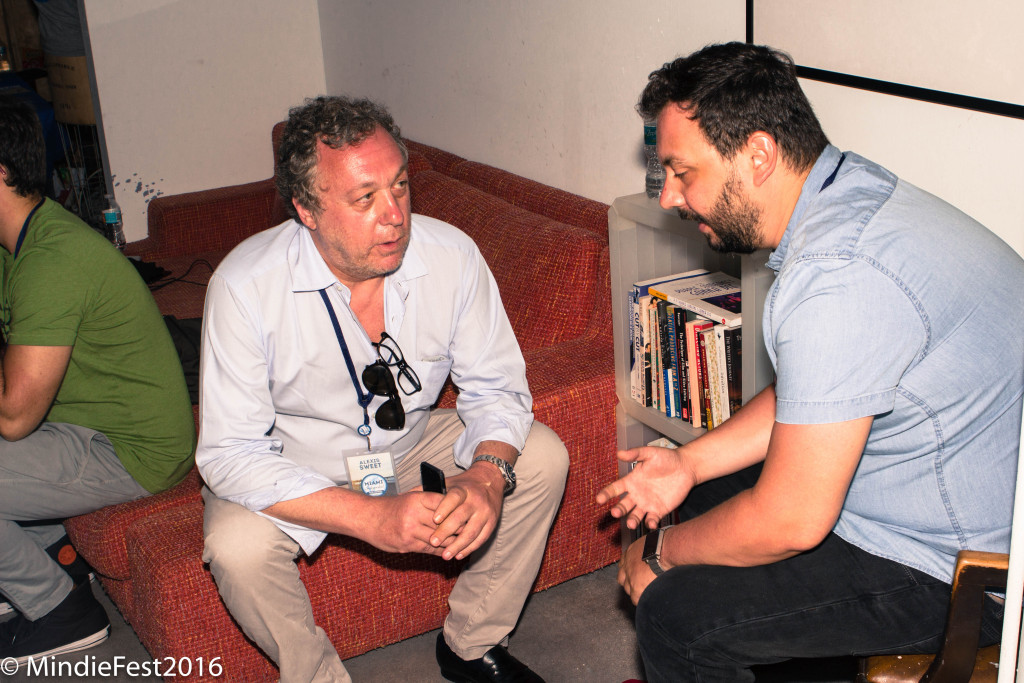 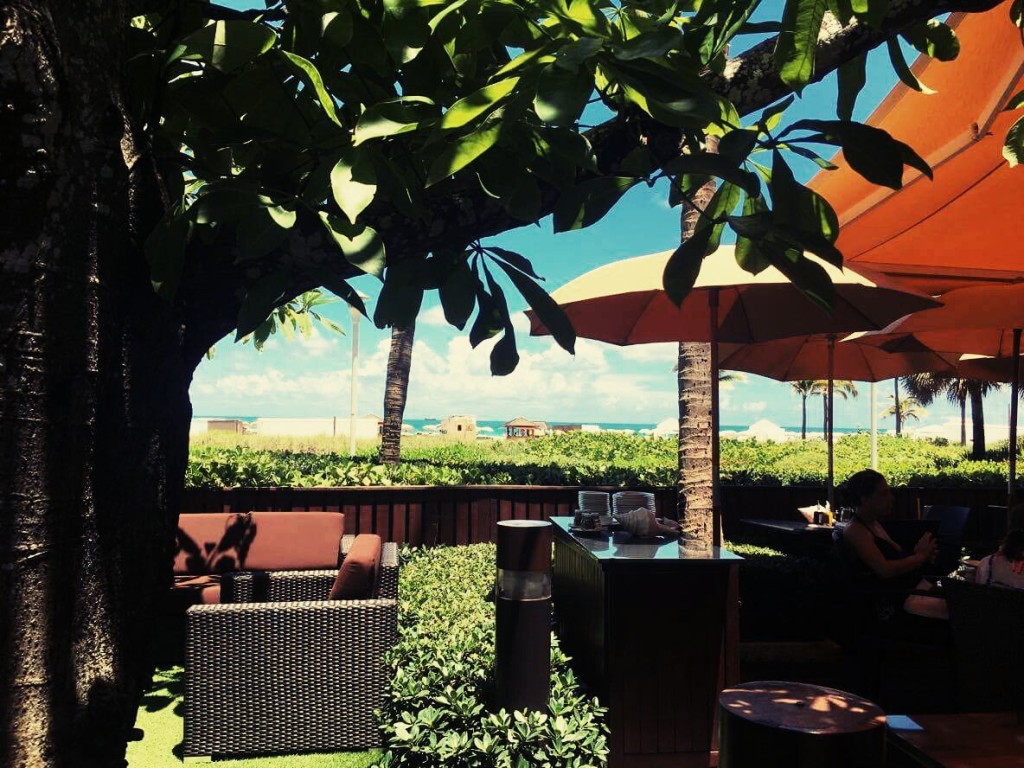 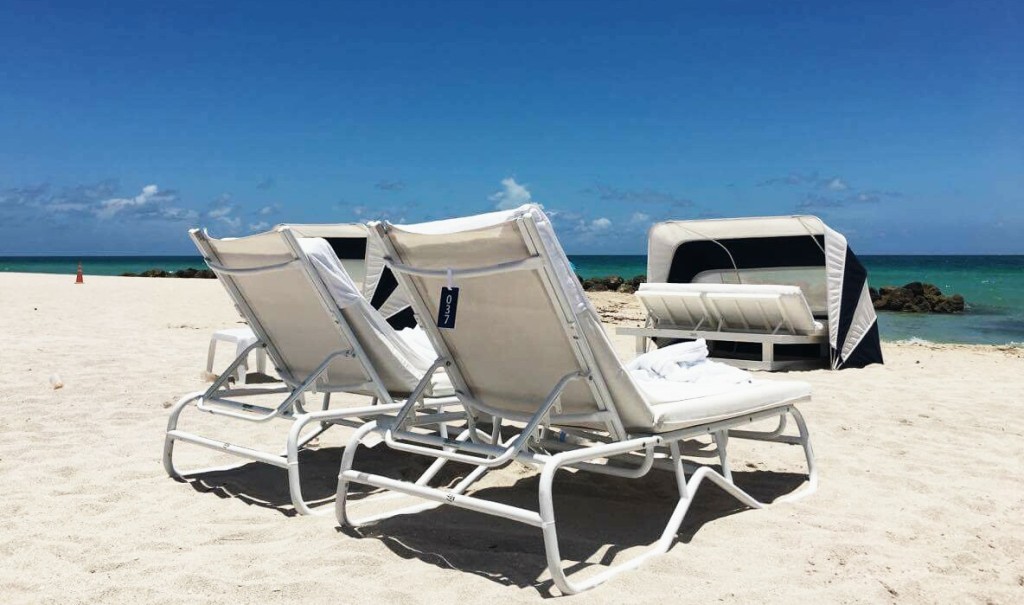 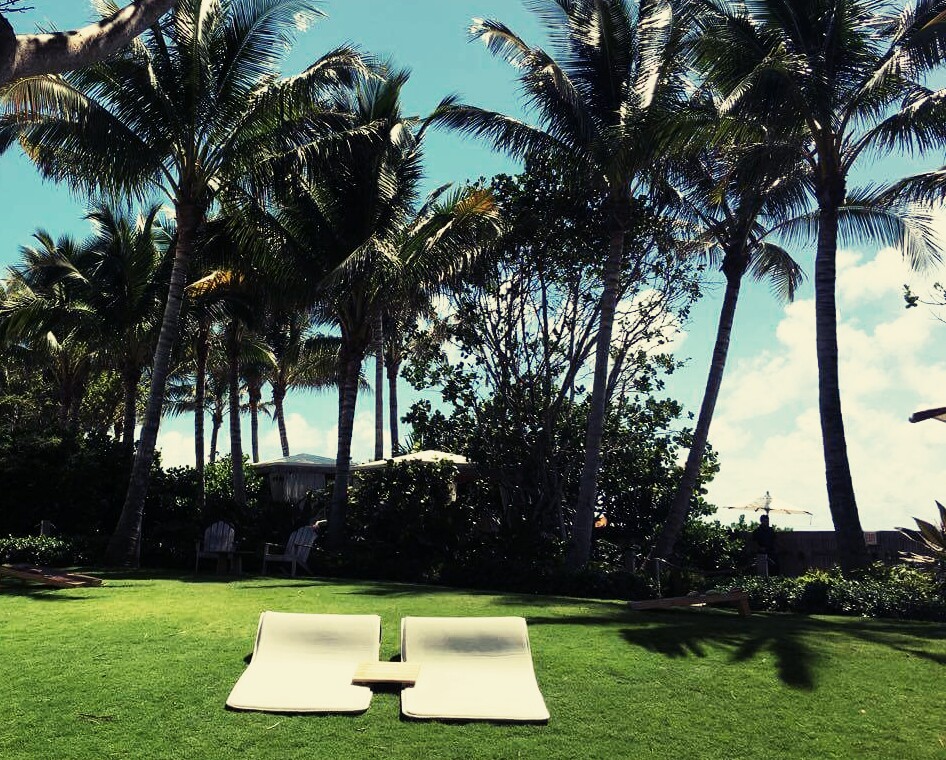 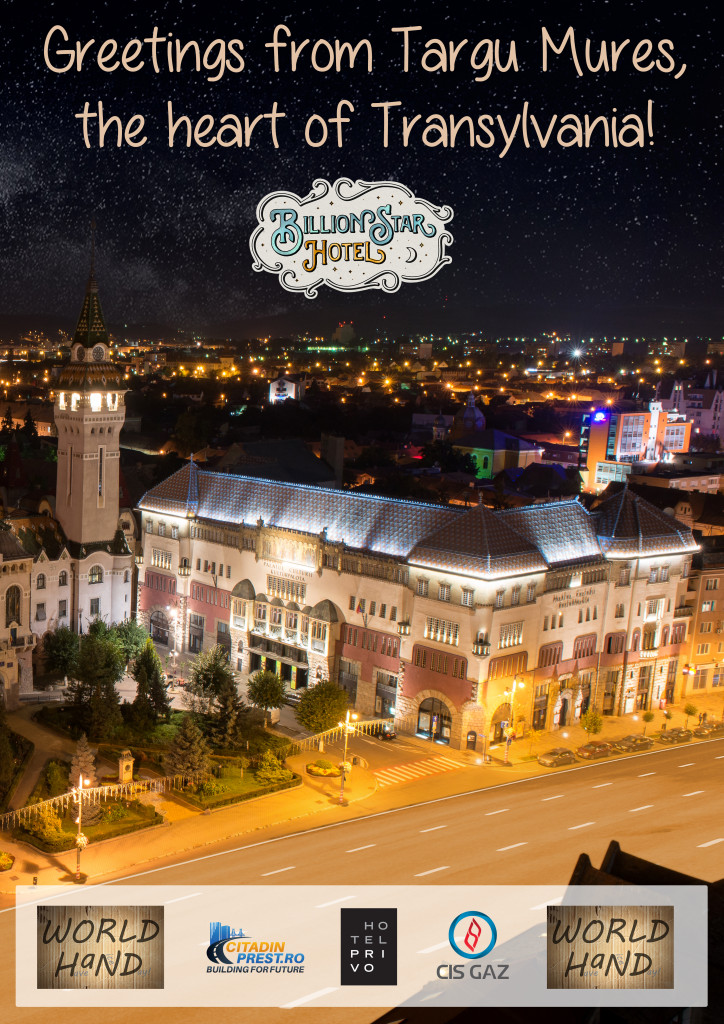 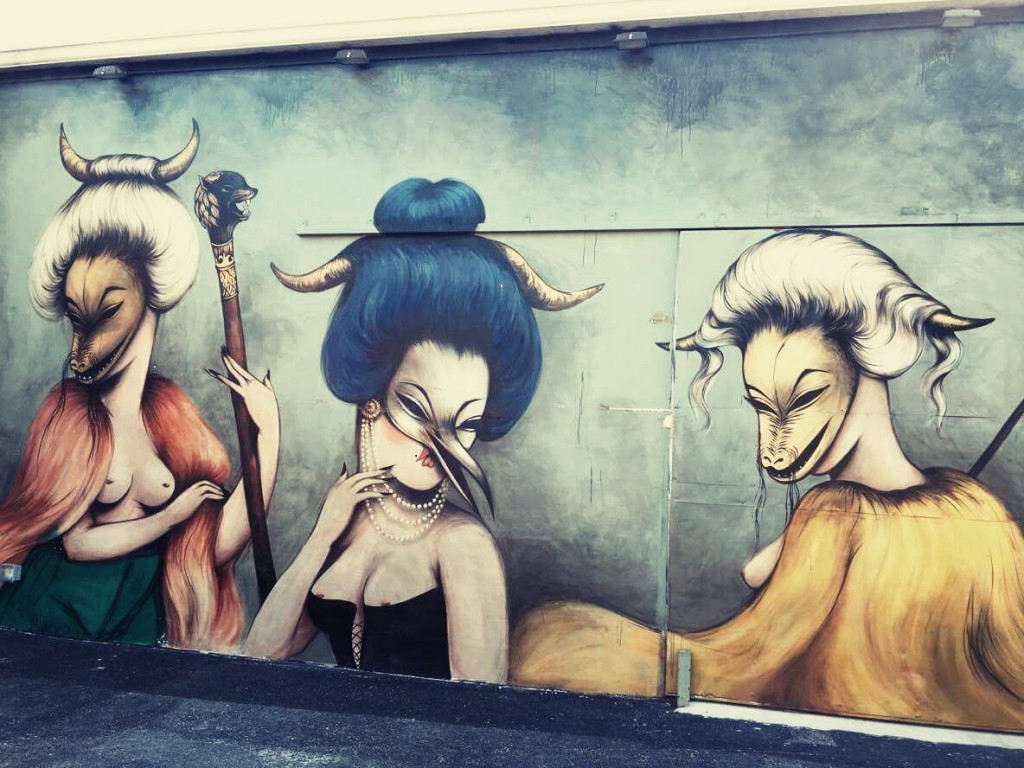 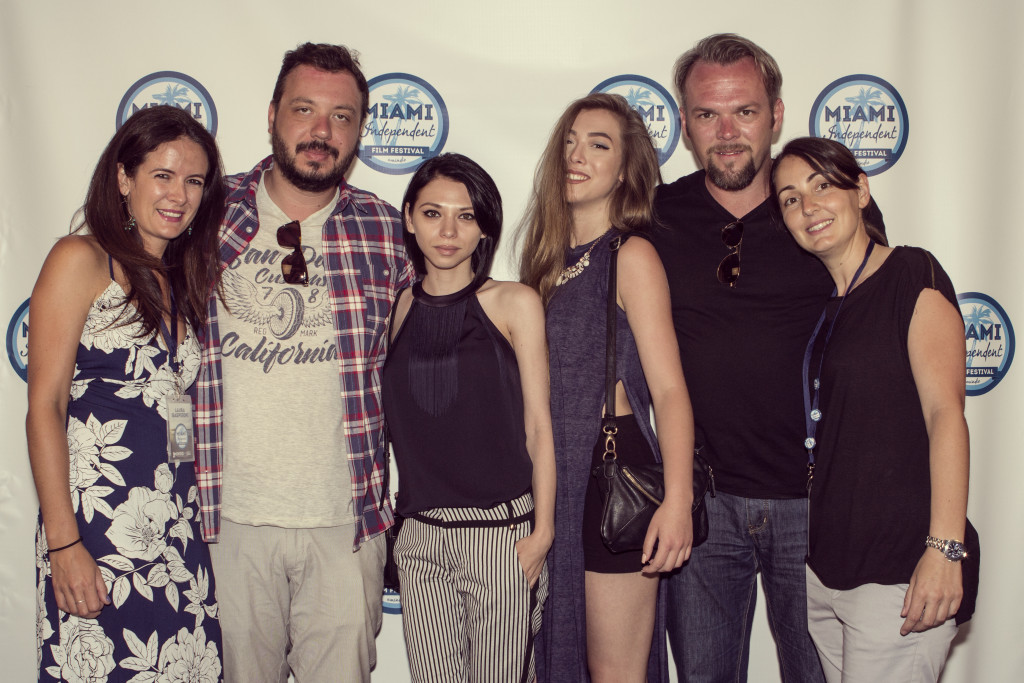 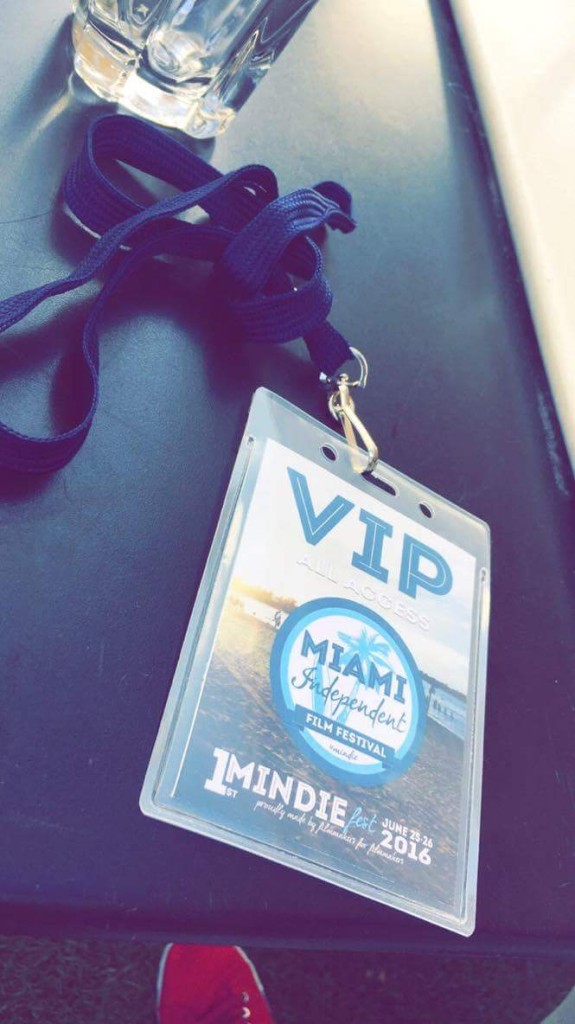 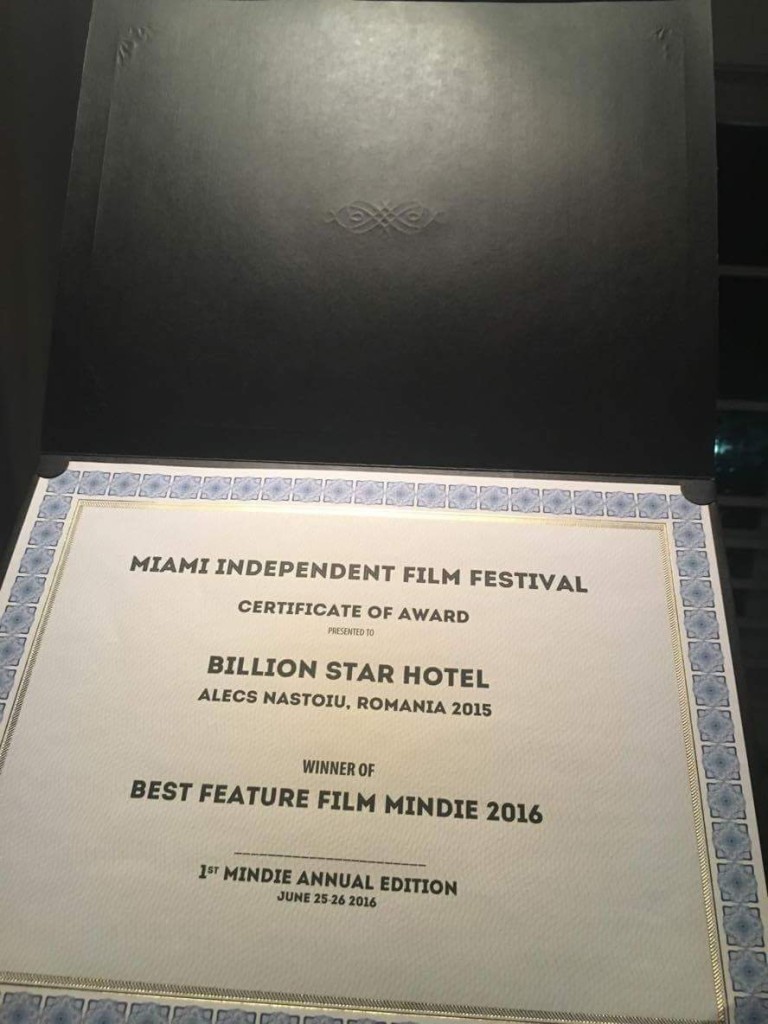 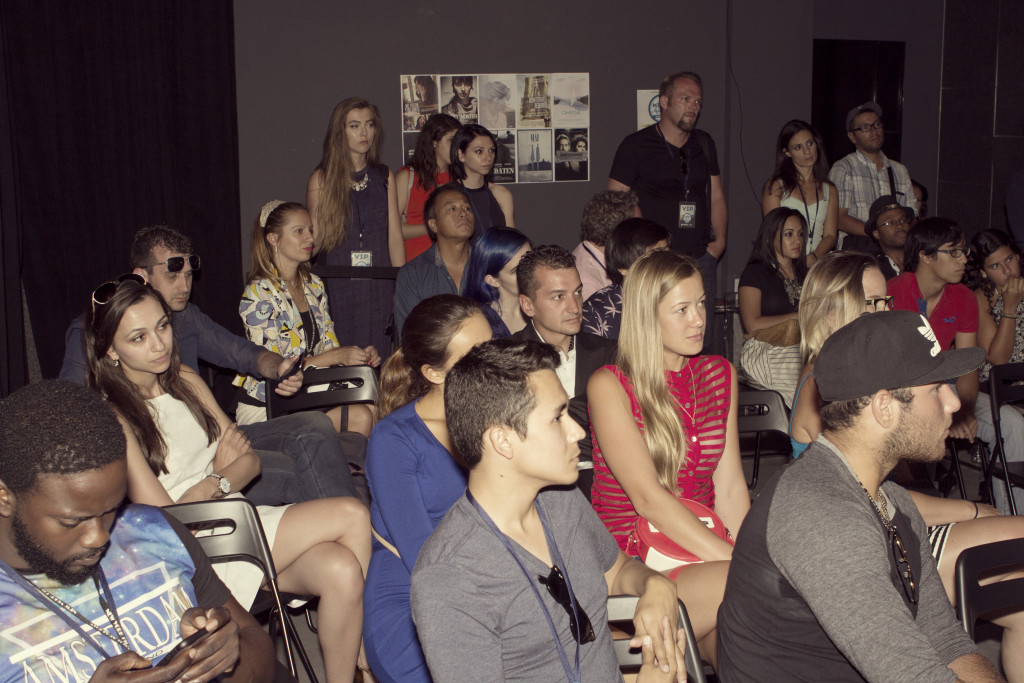 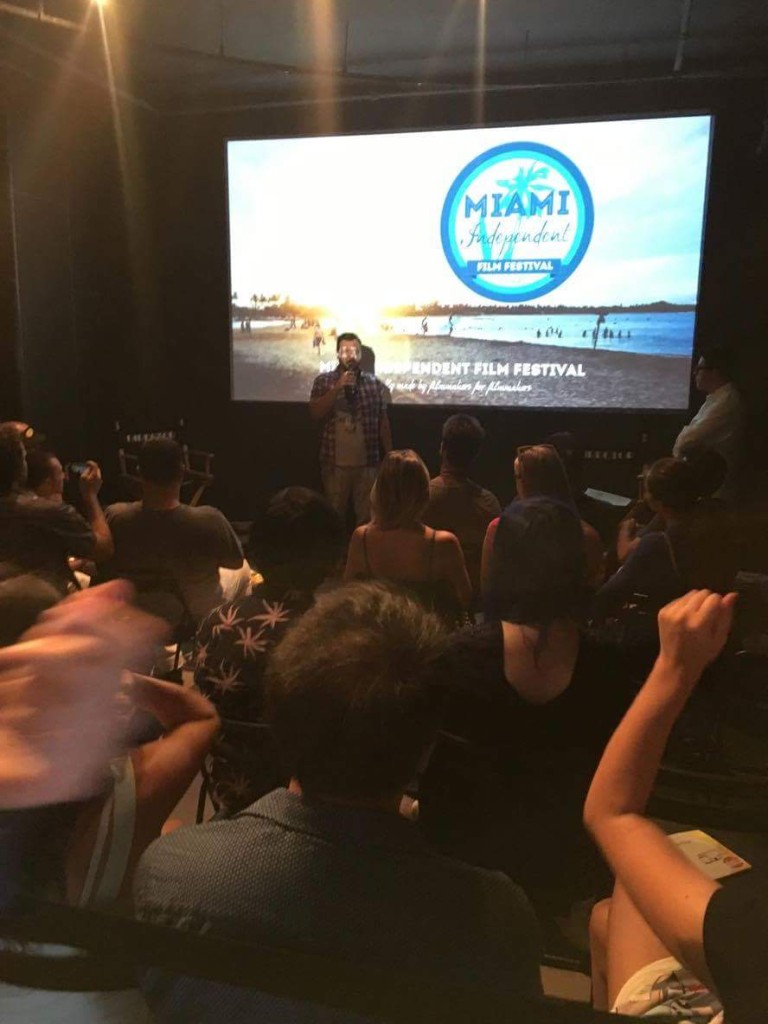 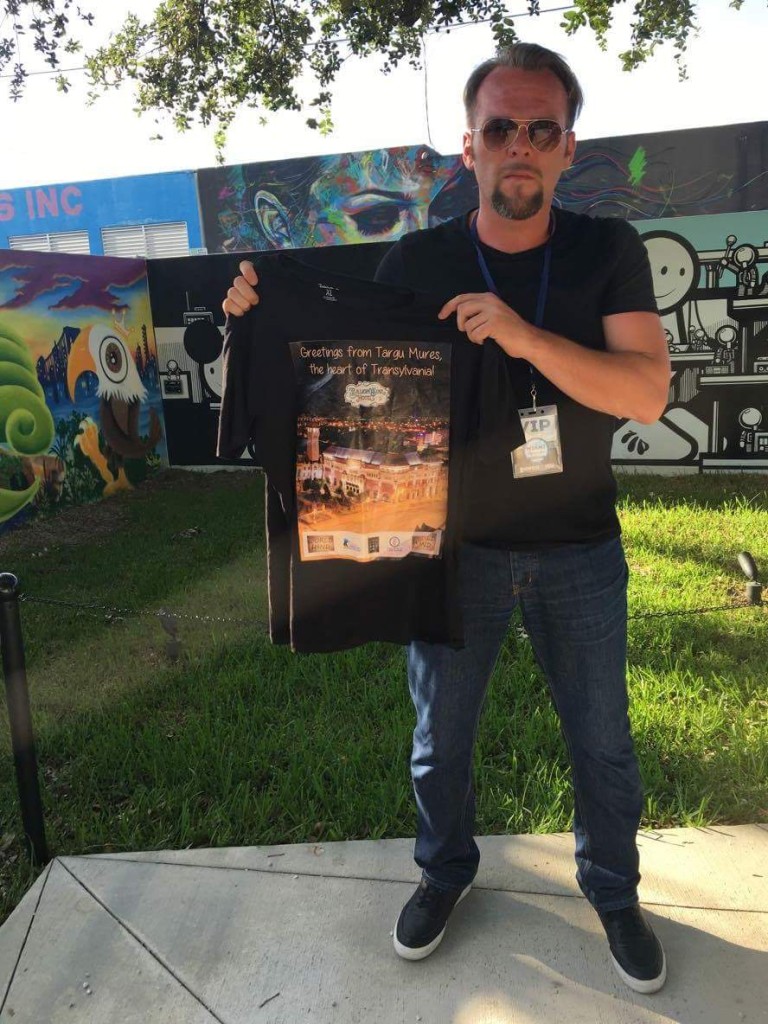